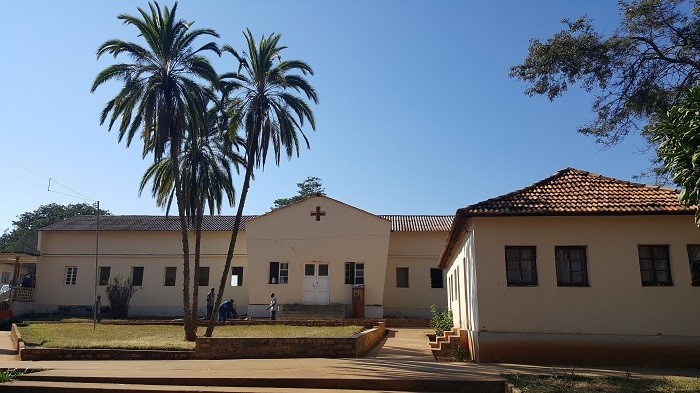 When Dr. Daniel and Dr. Priscila Cummings moved to Angola to serve as medical missionaries with their children, Ziek, Eliel, Naomi, it had been 20 years since there was a full-time physician at the hospital.

As Angola gained its independents from Portugal in 1975 a civil war broke out and continued for the next 27 years. Most of the missionaries serving in the country left with the onset of the war. This included the Swiss missionaries serving at Kalukembe Hospital. Kalukembe Hospital is a 200-bed, 100-year-old district hospital, and nursing school established by Swiss missionaries, now run by a national denomination IESA. Kalukembe was the only protestant
mission hospital to survive the 27 years of civil war in Angola. It

had been more than 20 years since there was a full-time physician at the facility. Nurses worked hard over the years to keep the hospital open. When CHSC missionaries Dr. Daniel (emergency medici

ne) and Dr. Priscila (OBGYN) began serving at the hospital the staff had been praying every morning for 20 years for doctors to return to the hospital. The Cummings first arrived at Kalukembe serving with a 2-year launch program for missionary physicians known as the Post Residency Program run by Samaritans Purse. After finishing the Post Residency Program the Cummings returned to Kalukembe with Christian Health Service Corps in 2015.

Angola has one of the highest maternal and child mortality rates in the world. Both Dr. Daniel and Dr. Priscila have been active in combating this problem with their community-based prenatal care and ultrasound screening program. Dr. Priscila is an OB/GYN that has specialized training in VVF (fistula) surgery. Fistula is a complication of childbirth that we rarely see in developed countries because it is caused by the baby being stuck during birth. In communities where women have no access to a C-section, this is always a dreadful outcome. Sometimes the mother and baby die. If mom survives, she is left incontinent for the rest of her life, causing her to live as an outcast. The fistula surgeries that Dr. Priscila performs restore the lives of women from all over this region of Angola.

Kalukembe Hospital has not been an easy place to serve, initially, there was no running water in the hospital or the housing. Their first three-year term of service there required hauling water for drinking and bucket baths, very intermittent electricity, and almost no internet. Patient care was being greatly compromised by no running water in the hospital. C-sections and surgeries often were done in the dark with headlamps.

Thanks to many generous CHSC partners like you this is changing!

God has begun a transformation of Kalukembe Hospital. Since 2015 we completed a major water project for the hospital and staff housing, we have renovated and reconstructed housing for Fistula patients and nursing student housing. We have made major improvements in the hospital electric and wiring, put in a new phone system and a new generator is soon to be installed!

Thanks to all of our partners that support these projects over the last five years!

Special thanks to Samaritans Purse for their support of the hospital by sending Post Resident Physician Dr. Lena Gamble to join the team there, and for partnering in the hospital infrastructure projects!

Special thanks also to the Fistula Foundation and Hope for Our Sisters for partnering with CHSC in caring for the girls in need of fistula surgery and maternity care!