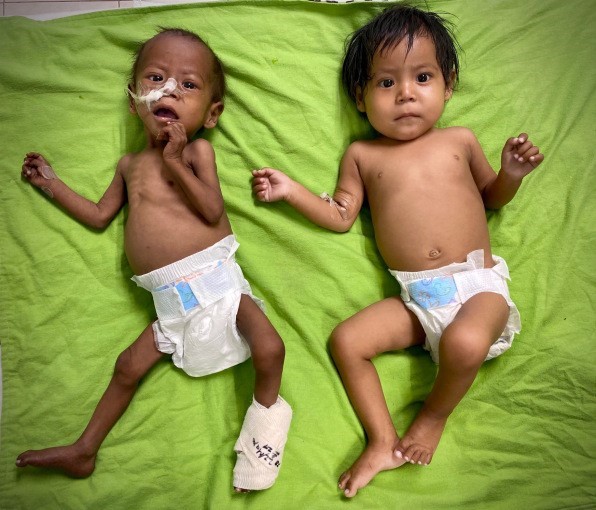 GROWTH AMONG ROCKS AND THORNS

From our front porch we can see our neighbor’s fields: the ground is dry and cracked with just a few withered blades of grass. It is almost corn planting season and the Tarahumara are worried that it won’t rain. Last year, many crops were lost in the drought and our hospital received an influx of malnourished children. While the Tarahumara depend on their corn harvest to feed their families, the local drug cartel also has a vested interest in the land. Fellow missionaries hiking deep in the canyon have discovered fields of poppies for illegal opium production. Sadly, the cartel had forced the Tarahumara to plant poppies instead of corn. In this desert-like terrain where growing food is so challenging, the implications for childhood malnutrition are heartbreaking.

Spend a few days with us in the Copper Canyon and you’ll begin to understand what the enemies of growth are: disease, alcoholism, lack of education, the list goes on. Yet a deeper threat than the dry fields are feelings of hopelessness and the people’s fear of curses. Often, even more than their material poverty, these factors prevent the Tarahumara from advancing to a healthier way of life.

Our family has served in Mexico for nearly 3 years, but many of the medical cases we encounter are still difficult to comprehend. This week, 16 month-old-twins arrived, a boy weighing just 7 pounds and his sister weighing 13 pounds. The little boy, we’ll call “Sergio”, lay wrapped in a dirty cloth and was nearly unconscious.
Sergio’s mother quietly admitted that he had never eaten solid food in his life. As the nurse connected a blood transfusion line to his skeletal arm, I mulled over the factors that might have caused his failure to thrive. He didn’t appear to have heart disease and I didn’t suspect a metabolic disorder. Suddenly it became clear. I remembered having a conversation with a Tarahumara friend about twins born in the Copper Canyon. It was not uncommon that parents of twins would choose the “stronger” infant to feed, knowing they did not have the resources to keep both alive. Although we may not understand all the factors surrounding this family’s situation, I thank God that the parents sought medical care just in time.

The twins’ parents were delighted to see improvement in both children. Shortly after, the hospital pastoral team stopped by to greet the family and share a Bible story in their native language. Because of the Tarahumara’s belief system, Bible stories must be told in a way that is culturally relevant. For example, some Tarahumara believe that plowing their corn fields and herding goats is more valuable than feeding their sick child. As Sergio’s parents listened intently, the team reached a page showing Adam, a corn field, a donkey and chicken at Creation.

“God made people in His own image. He put His spirit in them. They are more valuable than any of these plants or animals!” Sergio’s father’s face lit up as he heard the words: “You are valuable. You and your children are precious to God!”