“Doc, can you help our son, Philip?” Story from the field by CHSC Missionaries Dr Jared and Dr Jenny Brockingtion serving at Chogoria Hospital in Kenya 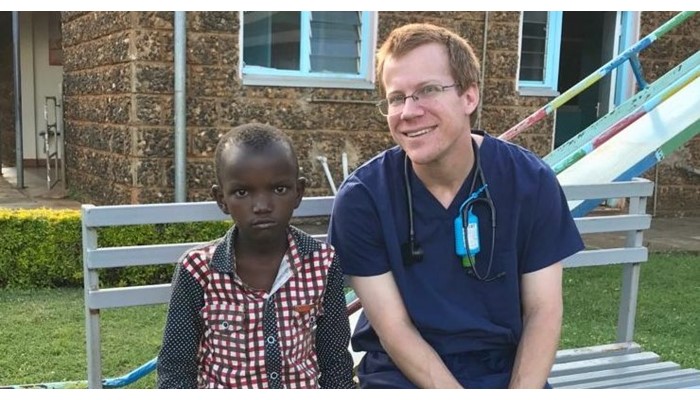 “Doc, can you help our son, Philip?”  I had just finished my exam of the 9-year-old boy who was brought by his family from another healthcare facility.  He had been taken there two days earlier for fevers and multiple seizures.  The family came to our hospital looking for help because he was not getting better, only worse.

The team did a wonderful job caring for the child in our emergency room, and he was obviously not in any pain.  I looked down at him, watching his chest rise and fall, but he remained completely unresponsive.  He was very sick and truly could have stopped breathing at any point as I was standing at his bedside.

We spoke to the family about his condition, and we were very honest and open with them.  We talked for a brief time about their faith and prayed with them.  I needed them to know we would care for and treat their child as best as we could.  We emphasized our amazing team here that would support Philip but that it is God who heals and that we really needed His help as we cared for their son. After I finished talking with Philip’s family, I prayed, took a deep breath, and then went back to the team.

We started discussing more about his condition and the possible causes.  After getting some of the test results and looking deeper into the history, we made the diagnosis of cerebral malaria and started treating him immediately.

None of us considered malaria initially, because in our region (high altitude) malaria is less common than other parts of Kenya.  Cerebral malaria can not only cause seizures and coma but can cause severely low blood sugar, kidney failure, respiratory distress, severe anemia, and sudden cardiac death. We have seen all of those complications in our almost 4 years in Africa.  Patients with seizures, who have been unconscious for long periods of time, such as Philip usually have multiple complications of the disease and are very difficult cases to manage.  For the next two days, Philip’s condition did not improve.  He did not get any worse, but he was still unconscious.  The medical team was as discouraged as the family that there was no improvement, but we prayed and did everything medically possible to support Philip.

On hospital day #3, I went to the pediatric ward to see Philip before rounds in the morning and noticed that he occasionally opened up his eyes and looked around.  Progress! Over the next 48 hours, his only activity was opening his eyes to look around the ward.  He could not speak, move his arms or legs, open his mouth, or move his head.  Finally, he began to respond to his name and eventually started to follow some simple commands.  More progress!

Finally, he began to sit up by himself and even got out of bed.  One morning, the intern reported during rounds that Phillip had gotten out of bed and ran out of the ward overnight.  He was scared and did not want to be in the hospital any longer.  My team was confused why I was so excited that he tried to run away, but you have to be somewhat healthy to escape the hospital on foot. It meant he was getting better. It took three more slow days, but he was able to eat with the help of his mom.  He was too weak and uncoordinated still to feed himself.  Slow, but progress! Philip remained confused and scared over the next couple of days.  As the confusion and fear resolved, his speech slowly pick up. His first words after close to two weeks of severe illness were “mama.” His mother’s eyes began to flow with tears of joy because none of us really knew if he would start speaking again.  Over the following days, his words became more and turned into sentences again.

Philip’s energy level and coordination improved to the point he was able to play on the playground outside the pediatric ward.  One afternoon, a day or two before he went home, I went outside and passed the soccer ball around with him.  He was smiling and almost back to himself. It was amazing to see this dramatic change from being in a coma to playing soccer over a two-week period.  It is cases like these that humble you and really force you to rely on God.