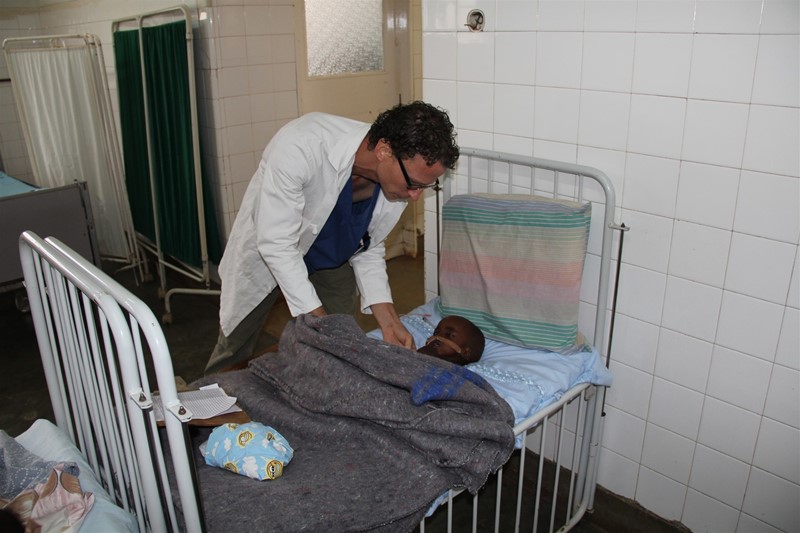 Similar articles can be found on my blog Medical Missions 101

I believe global lack of access to health care for the poor is one of the most pressing social injustices of our world today.  In reviewing the global health inequities it is very hard not to see this as a social justice issue. One study that appeared in the Lancet tells us that at least 4·8 billion people in the world do not have access to surgery. This equates to greater than 95% of the population in south Asia and central, eastern, and sub-Saharan Africa not having access to surgical care. Whereas less than 5% of the population in Australia, high-income North America, and western Europe lack access (Alkire, et al., 2015).

The global health care workforce is in crisis, so the need for global health engagement has never been greater. The World Health Organization (WHO) tells us there is a need for another 7.2 million health workers in the developing world and this shortage is expected to grow to 12.9 million by 2035 (World Health Organization, 2013). The WHO also warns that if this crisis is not addressed now to slow or stop the growth of this shortage, it will have serious implications for the health of billions of people across all regions of the developing world.

The World Health Organization (WHO) also tells is that 5.9 million children under age five died in 2016, about 16,000 every day. The risk of a child dying before the age of five is still highest in the Sub-Saharan Africa at 81 per 1000 live births, which is an incredible seven times higher than in developed nations. Compare that with the WHO European Region where that number is 11 per 1000 live births. The under-five mortality in low-income countries remains unacceptably high averaging 76 deaths per 1000 live births. This is about 11 times the average in developed countries, which is 7 deaths per 1000 live births (World Health Organization, 2017) (United Nations inter-agency group for child mortality estimates, 2015). Maternal mortality is also a enormous problem. 830 young women loose their lives each day ( about 330,000 annually) due to complications and 99% of those deaths are in developing countries; a direct result of lack of functional functional healthcare systems with surgical capabilities (World Health Organization, 2018).

One way to spot a true social justice issue is look where the Christians are working on behalf of the poor. Out of all the players in global health care, Christians have been by far the most actively  engaged in this problem. However, I fear this high level of engagement is now changing. There have been hundreds if not thousands of mission hospitals founded by many Christian denominations, these mission hospitals are often the only access to lifesaving healthcare for vulnerable populations. Motivated by faith and passion to share the compassion, love and mercy of Christ nearly every Christian denomination created hospitals and health programs to care for the poor globally.

The Role of the Church in Global Health Care

Christian Mission hospitals and health programs account for about 50% of all healthcare delivered in Sub-Saharan Africa (Olivier, et al., 2015). That figure is probably closer to 70% of the truly functional healthcare services delivered.  Sadly however, many of these Christian facilities are closing, those that remain are fighting for survival. This is not isolated to African countries, a recent report  tells us there have been approximately 200 Christian hospital closings in India alone in the last two decades.

These facilities are often in remote rural locations making it difficult to attract and keep national health professionals and the only access to lifesaving healthcare for vulnerable populations. Christian missionary physicians and nurses started these facilities and have staffed them since their inception, however there are no longer enough medical missionaries to staff them. Our best estimates are that there are only about 1300 missionary healthcare providers  still serving full-time around the world. This is not nearly enough to cover even a small percentage of the need. This has left many poor communities without any access to functional healthcare, or the Christian witness these facilities once provided.

As a global Church we cannot disengage from health care,  it is part of our identity as a faith community. It is no accident that out of the nearly 4,000 verses in the 4 gospels, 727 of them have to do with healing. The Churches role in health care for the poor globally is, and should continue to be, our tangible expression of Christ to the nations that we cannot abandon.

In this session you will hear about the joys and challenges of a single missionary. Learning from real-time...

Finding Peace in the Chaos of Missions

How do you keep up with the demands of ministry while balancing the needs of family, not to mention your ow...