The global marketplace and missions. 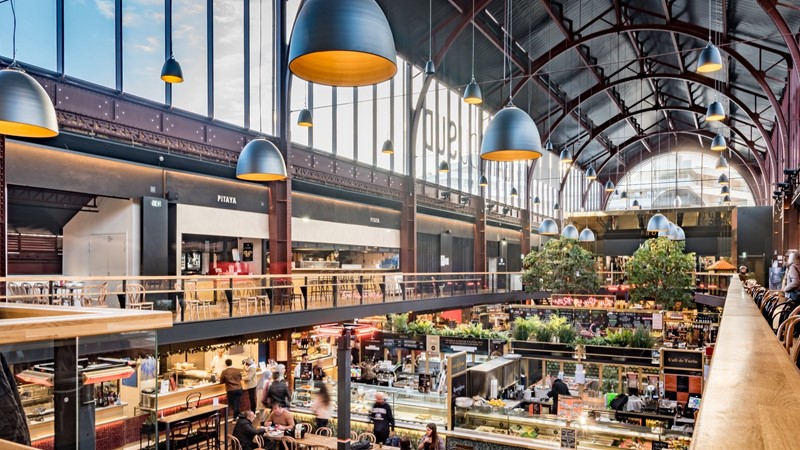 Missions in the traditional sense of sharing the gospel with a group of people has been around since the beginning of Christianity. That is the way it spread from one country to the next. The church is experiencing explosive growth globally. But, when most mission agencies were founded in the mid 20th century, leaders spoke about 1.6 billion who would live and die without hearing the Gospel.

Today, according to the Joshua Project we’re facing 3.14 billion who are considered unreached. All of this points to the fact that we are going backward in missions when we consider the birth rates in the world. One of the most telling statistics, from Lausanne, is that observing the life of a Jesus-follower is the primary reason a person decides to follow Christ.

What does this say to us? Well, for one, it says our mission efforts are still largely only on the fringes of society. We are not in the neighborhoods, the workplaces, the communities where people live.

I believe this is a great opportunity for missions. We must realize the history of missions and fit ourselves in God’s story of serving others. What skills, passions, gifts, experience do you have that God might use to take you somewhere where a person has no access to the Gospel?

I want to point out some of the global marketplace pioneers and how they helped inspire the good work we see today in medical missions. Then, I want to give you one present-day example of a group that’s doing global marketplace missions well. My hope is that you’ll read, get inspired, and consider how God might be calling you to help in missions.

Modern mission work focused on the native peoples in North America. In Europe, William Carey’s Enquiry into the Obligations of Christians, to Use Means for the Conversion of the Heathens (1792) became the “charter” for Protestant missions and produced the Baptist Missionary Society.

Anglican evangelicals organized the Church Missionary Society (1799), and many others followed. There are so many we could mention. Here are a few that come to mind:

But what do all of these people have to do with the Global Marketplace of today?

There is a new way of doing missionary work and it does not look anything like these famous missionaries of the past. Just like these missionaries utilized the tools and resources available to them at the time they lived, modern global marketplace missionaries are doing just that, in the 21st century. Like the missions' pioneers above, we could talk about so many examples of serving God and loving others today.

Here is one example that comes to mind who are helping folks on the global scale today:

One such group that is diligently working to bring about this new form of global missionary work is Scatter Global, and they believe that you don’t have to choose between work and mission. They are mobilizing Jesus followers from many professions to intentionally pursue their vocation in the least-reached marketplaces of the world.

Who does Scatter Global serve?

PROFESSIONALS: God made people with interests, abilities, and passions. A person that uses their professional skills is one of the ways God can show himself to the world and use it as a blessing.

For example, Bradley, a nurse in the Middle East said of Scatter Global:

“I had been Googling nursing jobs overseas but had not found any solid opportunities. I looked at the Scatter Global website and ...the first opportunity [I saw] was a nursing job in the place I had been praying about. I started reading the book Scatter and felt God’s clear direction to apply for the position. I was contacted a few weeks later for an interview and now I’m working as a nurse here.”

STUDENTS: Students are studying to make the most of the gifts God has created in their lives. Students can join Scatter Global to get experience, guidance, and preparation for taking their job overseas.

CHURCHES: Professionals and students who can use their professional pursuits as a platform for living the Gospel among the least reached exist in churches all across the US. Scatter Global can help them go.

I hope this look back in history and the look at an example today will encourage you so much that you are strengthened in God’s grace. That you love God and serve others faithfully.

What I wish everyone knew about international medical relief.

There are some common questions you should know about when it comes to missions. Here's what I wish eve...