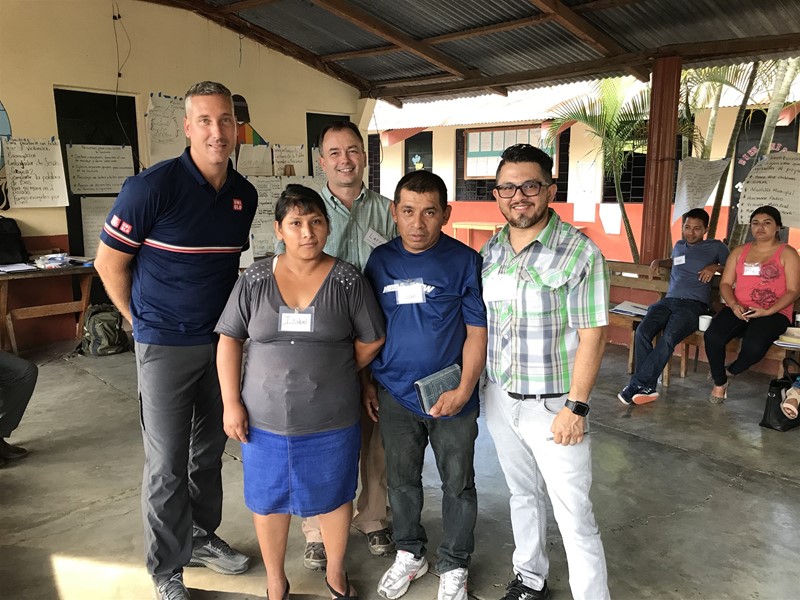 We want to highlight another story from the field today. This story comes from Guatemala and we hope you are challenged by how your own short term trips might produce long term fruit!

In June 2018, a GO InterNational medical team visited the village of La Libertad. Late that afternoon, as the doctors and nurses ended to the remaining patients, team members Nic Cabrini and Nestor Gomez spent a good bit of time with a man from the village named Juan. They shared the gospel but the man was not interested. Despite their efforts, he was very resistant. That night they shared with the team their burden for Juan. The team prayed for him and committed to continue to pray for him as they began heir journey home the next day.

Nic returned to Guatemala as one of our Community Health Evangelism trainers in October 2019.  One of the first people to come up to him was Juan. He couldn’t wait to tell Nic what had happened. After our team left, our partner Jorge Camposeco continued to return to the village regularly to witness to him. Eventually his resistance was broken and he came to faith in Christ. His life was totally changed. He told us that even his garden was more productive His wife had no interest in becoming Christian but she began to go to church with him and also became a Christian. The two of them are now key people for Jorge’s ministry in that village and have now completed our Community Health Evangelism training so they can continue to impact their community.

Often our teams don’t get to see the fruit of their work. This was one of those rare times for Nic to be able to see the fruit of the seed he had planted over a year before.  And it also shows the value of “short-term missions through long’-term partnerships,” a phrase we use often at GO InterNational. Nestor and Nic planed the seed and God used Jorge to water and harvest. What a beautiful picture of the body of Christ working together across the nations.

Fear, in its various manifestations, is one of the Enemy's most effective means of limiting our obedien...

How to Integrate your Profession with your Faith

Have you longed to integrate your Christian faith into your patient care – on the mission field abroa...

A Biblical Understanding of Illness and Healing

How are we Christian medics different from non-Christian humanitarians? How do you answer a patient who ask...