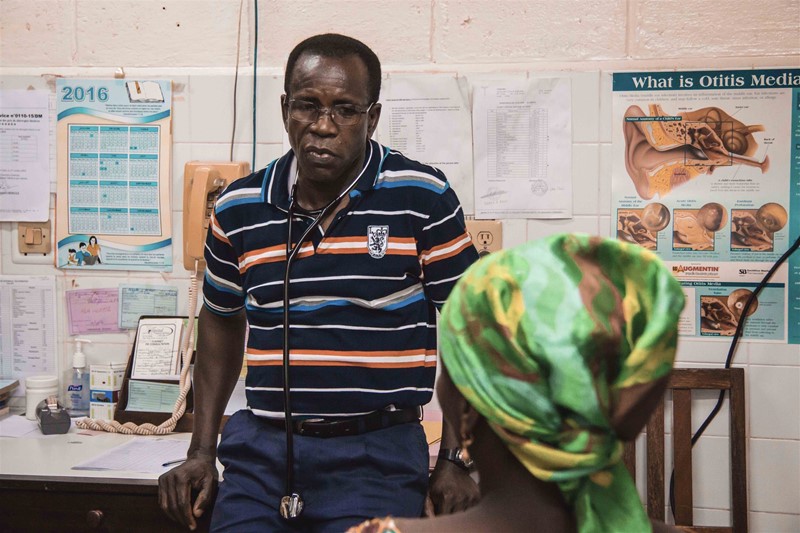 It’s difficult for many people to see how medical missions fits with church planting. But in Togo, they fit hand-in-glove.

“I thought: if someone like Jesus Christ died for me, just to save me, it’s really something interesting,” says Gaglo.

Togolese pastor Anani shared the truth of the gospel with Gaglo—now a physician’s assistant—around the time of the construction of Hôpital Baptiste Biblique (HBB) in Tsiko, Togo which opened its doors in 1985. It was in that time that the words Pastor Anani shared with Gaglo made sense. He recognized himself as a sinner in need of a Savior and he knew that the only Savior was Jesus Christ.

“I was one of the six first baptized, like a fruit of this hospital.”

A small Bible study had then begun for the new Togolese Christians. They studied the Bible and discussed its truths with the missionaries. Out of this Bible study, the Togolese worked with the missionaries and began a church about one year later just a short walk from HBB’s campus. Through the sharing of the gospel in both the hospital and in the neighboring town, people from the community were also accepting the truth that Jesus Christ alone can save.

The gospel continued to spread to the neighboring village of Adeta, and the Tsiko church continued to grow. It was decided that a church should be planted in Adeta since so many villagers from that area were in attendance.

“This is a long story,” Gaglo says. “The Lord called me and I am serving at the second church [Adeta] as a pastor.”

As more people come to know Christ as Savior, Pastor Gaglo and the Adeta church are praying about planting a new church in another nearby village.

God has been using HBB to touch the lives of the Togolese. Through their physical needs, God leads them to the hospital. While there, they are presented with the truth of the gospel. Though successes are being celebrated often, there is still much work to do and still so many that have not yet heard the gospel. Not all that have not heard will come to the hospital. One way they can hear is through the discipleship of those that have believed and the planting of churches in the villages to which the patients return.

HBB has served tens of thousands of patients, but the demand has long ago outpaced its 50-bed capacity. By God’s grace, the HBB Vision Project will help renovate, enhance, and expand the hospital, support surgical and medical programs, and help train Togolese and other Africans to use medical evangelism to become highly-skilled, kingdom-minded surgeons who can also effectively share the gospel.

Pastor Gaglo, saved through the ministry of ABWE in Tsiko, speaks to a Togolese patient.

See which tags match your interests. Create an account today
Organizations related to this story: Association of Baptists for World Evangelism- ABWE
Favorite This Story